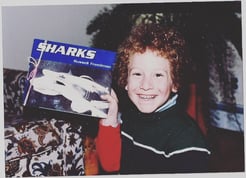 If you are like me (and Gordon Ramsey), anytime you see an image or video of a shark, you stop and contemplate the awesomeness of these majestic fish.   My fascination with sharks and their underwater world began when I saw Jaws at age 7 and didn't stop there. I was able to experience this, face to face, when I finally had my first chance to free dive with sharks. Wow, what amazing animals. 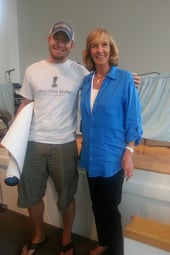 Everything changed when I met Jaws author Peter Benchley’s wife Wendy (pictured) at JawsFest on Amity Island, aka: Martha’s Vineyard, in 2012.  I first learned about the decimation of sharks and the need for their survival to keep the Ocean in balance.

That was the year when I became involved with shark conservation efforts, and took up an interest in scuba diving and swimming with sharks.

When I started a hot sauce company in 2018, I knew it would be shark themed, with a focus of saving our oceans's apex predator.  Over 100 million sharks are killed by humans every year.  Every year.  In fact, 77% of oceanic sharks are now threatened with extinction.

The primary threats are the trade of shark fins (for shark fin soup), bycatch, and killing sharks for their livers (Squalene).  It’s easy to get angry.  It’s even easier to put your hands in the air and give up.  Or, you can realize that you, the consumer, have power.  Here are the ways to help.

How to get Involved with Shark Conservation

Are you passionate about shark conservation? Here are ways to get involved:

How to Make an Impact in Shark Conservation

The Ocean makes up 71% of the world’s geography, and is responsible for over 50% of the oxygen on the planet.  That means we are reliant on the ocean for over half the breaths we take.  Yet, less than 1% of philanthropic giving goes to the Ocean, and only a tiny fraction of that supports sharks.

We work with and donate to many of our friends in shark conservation.  Consider donating to our primary partners, the Shark Stewards, Shark Allies (pictured), and Fins Attached.

In addition, check out your own surrounding area to see if there are any local non-profits or a community focus on shark conservation; we are huge fans of our New England Neighbors Atlantic White Shark Conservancy.

Although quite sensationalist in its nature, it’s been great to see 2021 Netflix documentary Seaspiracy open many people’s eyes that had been blind to the decimation of our oceans, including pollution, unsustainable overfishing, and bycatch casualties.

Although realistic solutions are not effectively presented in the film, it’s a riveting introduction to the troubles in our oceans that are vastly ignored.  Below are some incredible documentaries we recommend that are more focused on our passion of shark conservation.

Proudly pictured above is The Spicy Shark name as a sponsor of the Fins Attached Sharkwater Boat.

Perhaps put the International Ocean Film Festival on your calendar every year.  Fascinating films are intertwined with wonderful speakers and panels.  The 2021 festival is virtual and happening as we speak (April 15 – May 2), check it out!

There are many wonderful benefits to your body and the planet by practicing a vegan diet, but that’s not an option everybody is interested in pursuing.  Regarding better seafood consumption choices, first off don’t eat sharks!  They don’t taste very good and are loaded with mercury, which is terrible for the human body. When you’re in a restaurant ordering “fish & chips” or other nonspecific fish species, consider asking what the fish is; you’ll be surprised to know that many times it’s shark!

We here at the Spicy Shark certainly indulge in some local seafood meals.  That’s why it’s so important to know where your seafood is coming from.  If you’re not buying locally or regionally caught USA seafood, there’s a chance you are unknowingly supporting foreign fishing fleets that are destroying our oceans with gillnetting, dragnetting, and killing bycatch like sharks and marine mammals.

Your local seafood markets are a wealth of information; consider asking them what’s caught locally and in the most sustainable fashion.  Our family is fortunate to live on the NH seacoast and have access to great local seafood markets, as well as our friends the New England Fish Mongers.  Everything they catch is by rod and reel, so there is minimal bycatch.

Be careful that the shark-themed gifts you are buying aren’t contributing to the economic machine that is killing sharks.  Stay away from shark jaws and sharks in jars altogether.  You can sign this petition from the Shark Angels here: Shark in a bottle petition to ask Amazon to stop selling sharks in jars.

Avoid purchasing shark teeth if they are white as it’s nearly impossible to know if that shark had been killed for their jaws.  Fossil shark teeth would be a shark-save alternative.

If you are interested in purchasing shark teeth as gifts, check out these Shark Allies approved shark-safe companies that also donate to shark conservation, Fin Montauk & Maya Bleu.

Pet food labels are not as regulated as human food labels, and you’d be surprised how often shark is in your pet’s food.  Sometimes it’s obvious with shark actually listed in items like shark cartilage bully sticks, shark skin chews, and even whole chunks of dried shark meat.

Where it’s not so clear is with ingredients like chondroitin, chondroitin sulfate, and ocean fish meal.  Do your due diligence and reach out to the companies you buy your dog food from and ask them to confirm there is no shark in the food.  To learn more about this subject, click here: Sharks in Pet Food: What we Know.

Squalene is a common ingredient in many beauty products.  Although there are a bounty of vegan squalene sources, many companies are still using shark liver for squalene.  The cruelty of shark finning is matched with this vile practice of cutting out a live shark’s liver and then throwing it back in the sea to slowly die a painful death.

Check your beauty products to see if they use squalene.  If it’s listed as an ingredient and doesn’t say “vegan squalene” you may want to reach out to the company and ask if they can guarantee it’s not shark squalene. 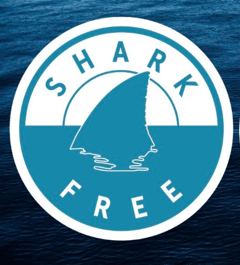 If you have read this far, I know you understand how important shark conservation is to our existence on earth. The Spicy Shark family is passionate about saving our oceans's sharks, and we hope that this blog has given you a road map of how you can be a supporter in this critical mission.

“We are not saving sharks, we are saving the ocean.  And when you save the ocean, you save mankind.” – Clayton Hee, Hawaii State Senator